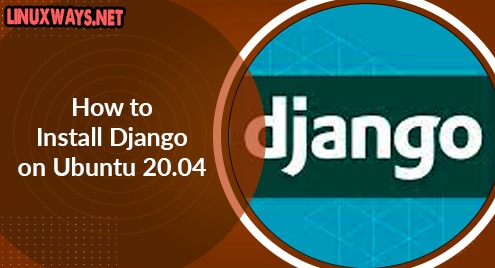 Django is an open Python-based web app approach that helps customers speed up the app development procedure by eliminating common mistakes like SQL Injection, CSRF, and XXS. It uses the Model-View-Controller (MVC) paradigm, making it a compact and reliable development tool. Application developers from all around the globe, notably large IT companies, utilize it. It has also been used to build some of the most well-known websites online. Instagram, Pinterest, and Knight Foundation are among the utmost well-known websites built with Django.

Following are the two basic methods for the installation of Django on the Ubuntu 20.04 system.

Make sure to have python’s newest version installed on your Linux system otherwise we cannot work with Django. We have the python3 version installed on our Ubuntu 20.04 system. So, open the Ubuntu 20.04 system and log in from it. Use the “Ctrl+Alt+T” shortcut to open the terminal shell because we have to install it via console. After you have opened the shell, make sure to update your apt package via the below query:

After the update, we will be installing Django using the apt command and “python3” keyword. Hence, execute the listed below instruction in your shell to install Django using sudo privileges:

It requires your current user password to continue. Add your password and press “Enter”. It will start installing Django via python3.

The installation will get completed after your get these last process line.

You can see the installed version of Django on your Ubuntu 20.04 system by using the below query:

Another way to check and import Django on your system is via python. Firstly convert your shell into a python environment shell using the below python3 keyword.

To begin, go to the folder where you want to construct a new app. Use the “mkdir” command to create a new directory. As you can see we have been making an app “new” in the home directory of our system. It requires our current account password. Hence, we have added it and proceed.

Furthermore, to establish a fresh Django app, just use “Django-admin” and start project instruction along with the name of an application which is “proj1” in our case. In your machine, launch a console and add:

After this navigate to the newly created app “proj1” using cd query as:

After this, we have to migrate the changes that are being pending via the below python3 query migrating the file “manage.py”. Now the system will migrate all the required pending changes. 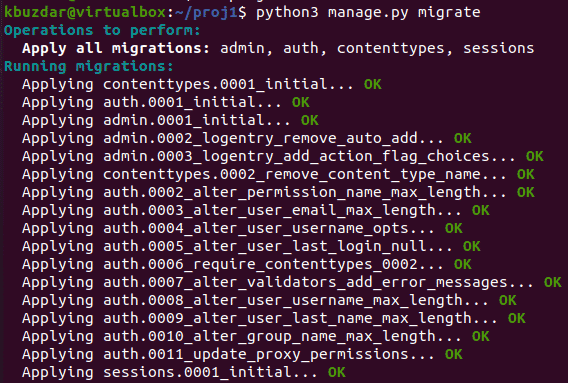 It will ask you to add a new username. If you want to continue with the already logged-in user leave it empty. Provide email address and password twice. As you can see in the snapshot that it will affirm our action by asking [Y/n]. Press Y to complete the creation of the superuser.

To uninstall the installed Django from your Linux system, try out the below pip uninstall instruction in the shell.

Proceed with the uninstallation of Django by tapping “y”.

This article covers the two methods to install Django on Ubuntu 20.04. Furthermore, it also elaborates to create Django applications, superuser creation, and removal of Django. 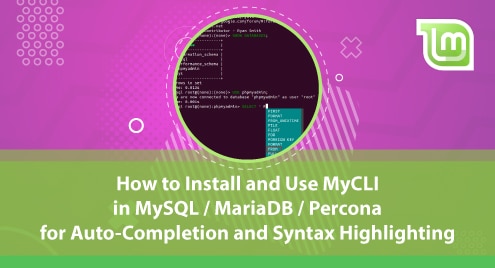 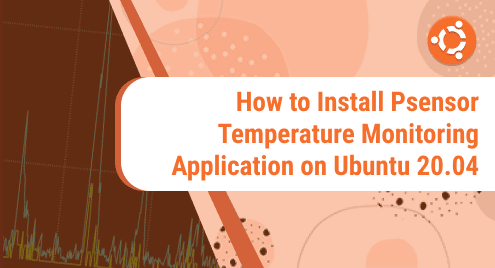 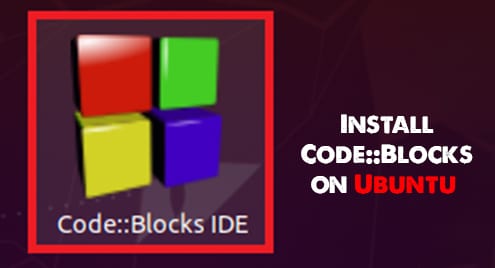