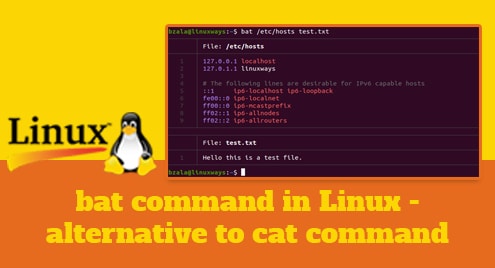 In linux, you must be familiar with cat commands. It is used often to print and concatenate files. Bat command is a clone of cat command which comes with many attractive and useful features. Some of the features are syntax highlighting, automatic paging, git integration and so on, that enhances the experience of programmers too.

Some of the features of bat commands are pointed below.

In this article, we will install and show the uses and features of bat command. Here, we are going to install it on Ubuntu 20.04 LTS server.

Installation of bat command on Ubuntu

Bat package can be installed from the package manager with the following command.

But it can install any version of bat package so to make sure the bat package is the latest one, we are downloading it from the Github release page. You can simply search the page or run the following command as shown below.

Use cases of bat command on Linux

As the installation of the bat package is completed, we can simply use it with the bat command. Some of the examples are shown below.

To display contents of single file

To display contents of multiple files at once

To display all supported languages

To append the contents of different files on a single file

To set a language for syntax highlighting 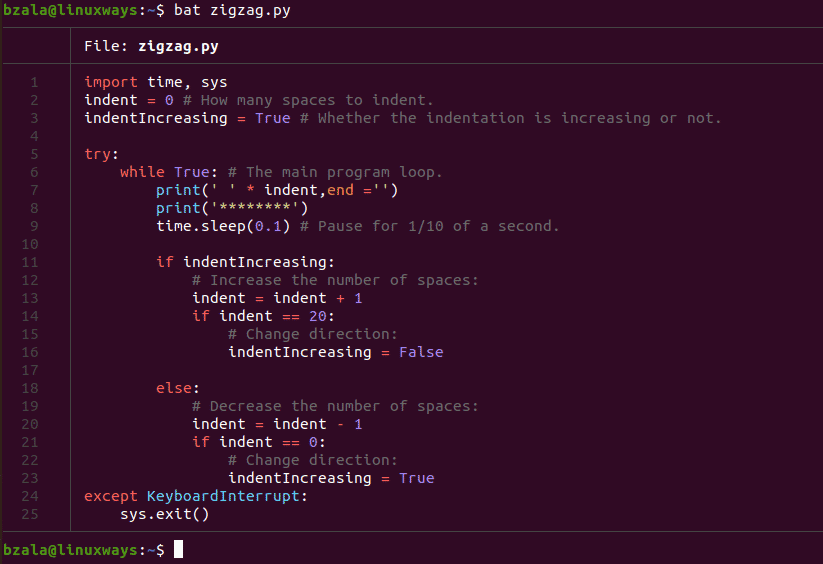 To check the bat command themes for syntax highlighting 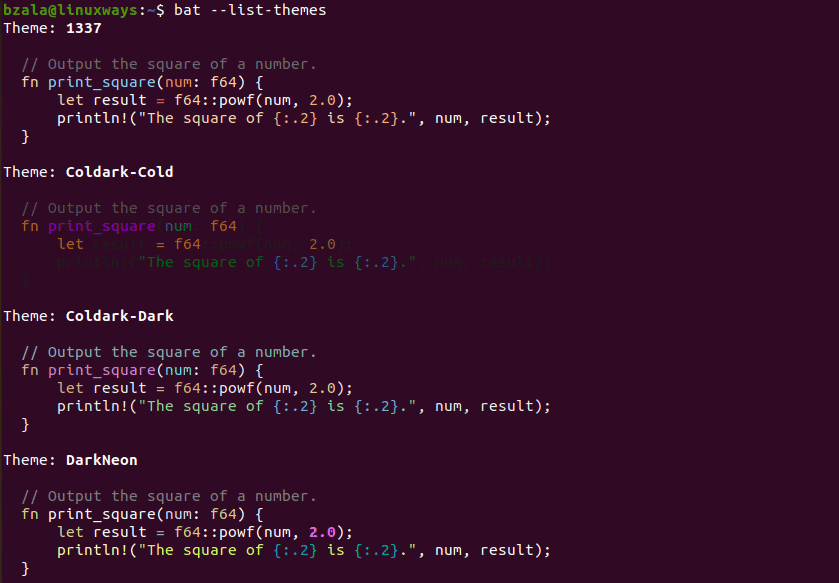 To change the bat command theme for syntax highlighting 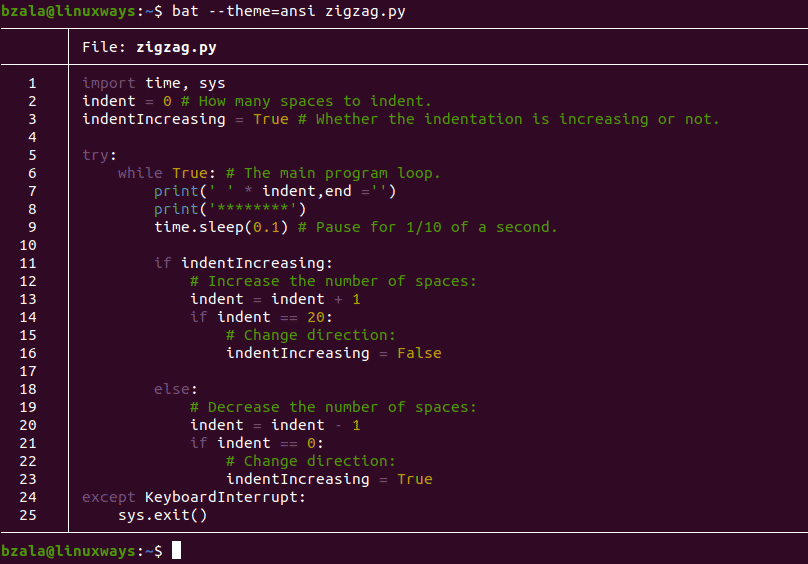 To make these changes of themes permanent, write “export BAT_THEME=”ansi” on ~/.bashrc for user specific or /etc/bash.bashrc for system wide.

Bat is a clone of cat command which comes with many features as shown in the above examples. You can try using other themes too as per your preference. Explore the bat command with “man bat” for more details.Thank you! 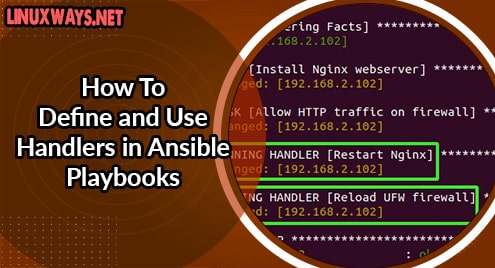 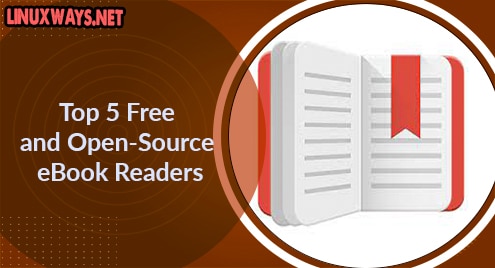