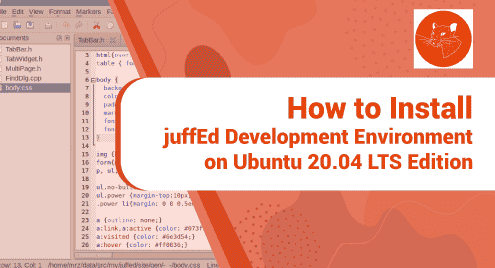 Only juffEd is an editor that claims to be beginner friendly. It offer syntax hihglighting for more than 20 languages. According to programming language, it has ability to auto indent. It folds the code blocks. What else does someone need other than sessions! Yet, the editor is feather light. It takes less memory and leaves nothing after ending the program.

In next steps, you will see me installing and working with the program step by step. I will be using Ubuntu 20.04 LTS edition. The instructions can also be applied to other variants of Ubuntu. 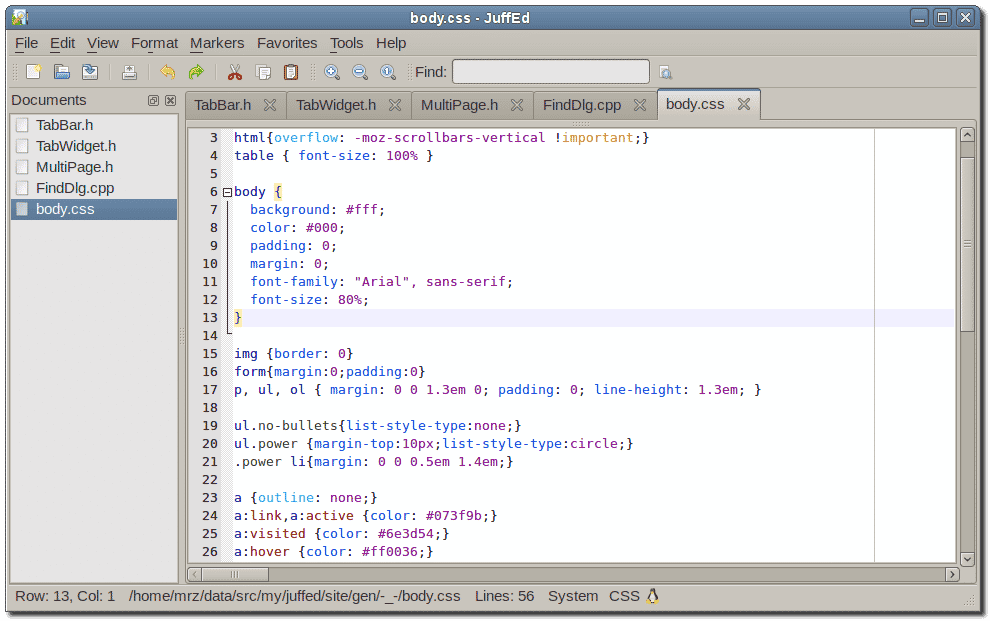 The editor does not any sort of prerequisites.

You will need to update the Ubuntu system repositories to install the latest and working version of juffEd editor.

As soon as updated, you will need the following command to get the installation process to begin.

The juffEd editor is now installed on our Ubuntu system. I will perform some verification and check for the launching mechanism in the next steps.

Now we will see if we can verify the installation of the editor using command line and graphical methods. Let us try the following commands.

It seems we can verify the juffEd version and the presence in our system using the command line.

If you go to your dashboard and make a search for the juffEd editor then something below will be available.

This means we can use both the command line and graphical user interface to locate the editor.

You can either invoke the juffEd editor via the command line or launch it using the graphical dashboard. Both will be okay.

In the case of the command line, invoke the following command.

And in the case of a graphical dashboard, try to search the system as shown below.

Now you are in control to launch the editor.

Here is how it will look like when launched. 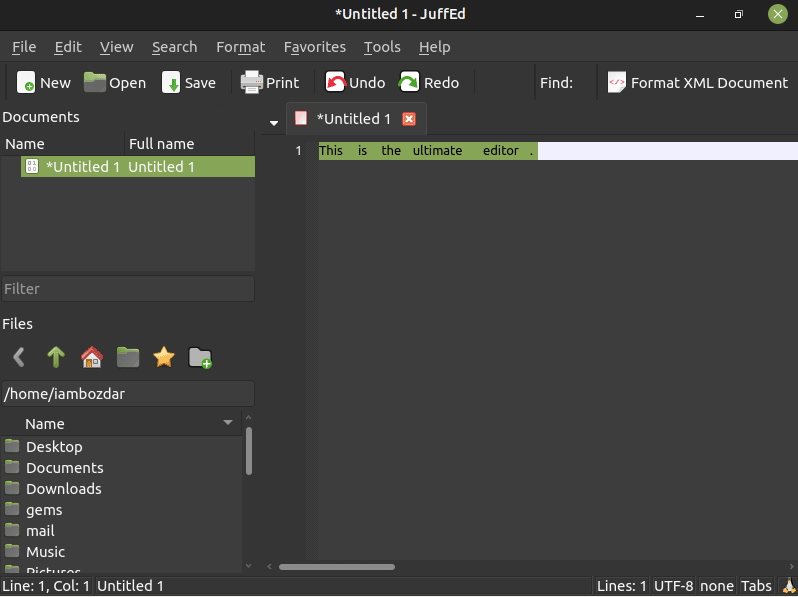 At this point, you have learned enough to move ahead. In case you do not need juffEd editor anymore on your system. You can simply remove it from your system. Use the command below.

Today I tried to walk you through an amazing open source and free programming editor. I hope you enjoy juffEd Editor. 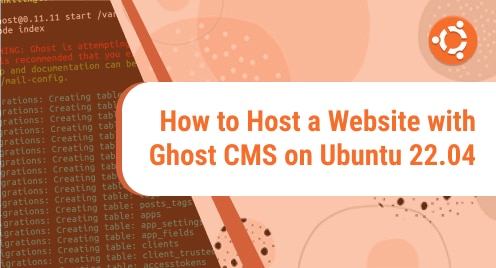