Plex media server is an open-source streaming software through which you can easily store and manage media content on your system from any device. If Plex is installed on your system, then all media files can store in a single place. This streaming media server organizes the media from online services from your favorite collection. You can access these media files on the server from any Smart TV, smartphone, and a streaming box. For this purpose, you need to have a Plex media client application installed on all devices. However, you can install this streaming server on different OS such as Windows, Linux, and Mac OS, etc.

All commands must run under the Sudo privileges.

Open the terminal application using the keyboard shortcut ‘Ctrl+Alt+t’ or go into the applications menu and select the terminal from there. Now, implement the following steps to install the Plex server on Ubuntu 20.04.

Now, navigate the download file by using the cd command and then, execute the following command to install the Plex media server downloaded package.

Once the installation of Plex is completed, it automatically enables on your system. You can check the running status of the Plex media server on your system by using the following command: 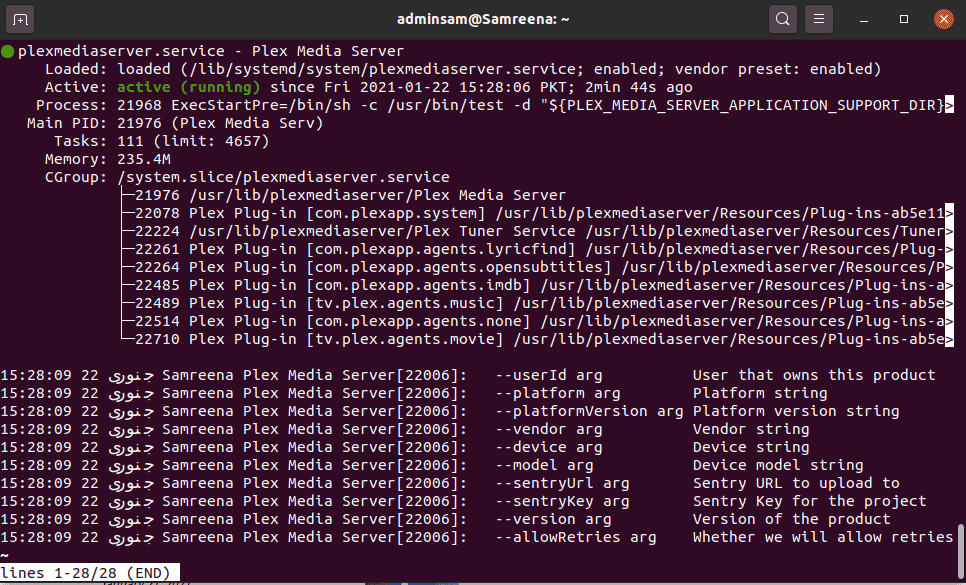 However, in some cases if it is not running or show ‘Active’ status then, you can enable it on boot it by executing the following command:

Plex media server starts by using the below command:

Step 4: Set up the web interface of Plex media server

To configure and access the Plex, open the web interface of the Plex media server using the 32400 port. The Plex server is installed on your Ubuntu 20.04 system. Now, open the web browser on this system and type the following URL in the address bar: 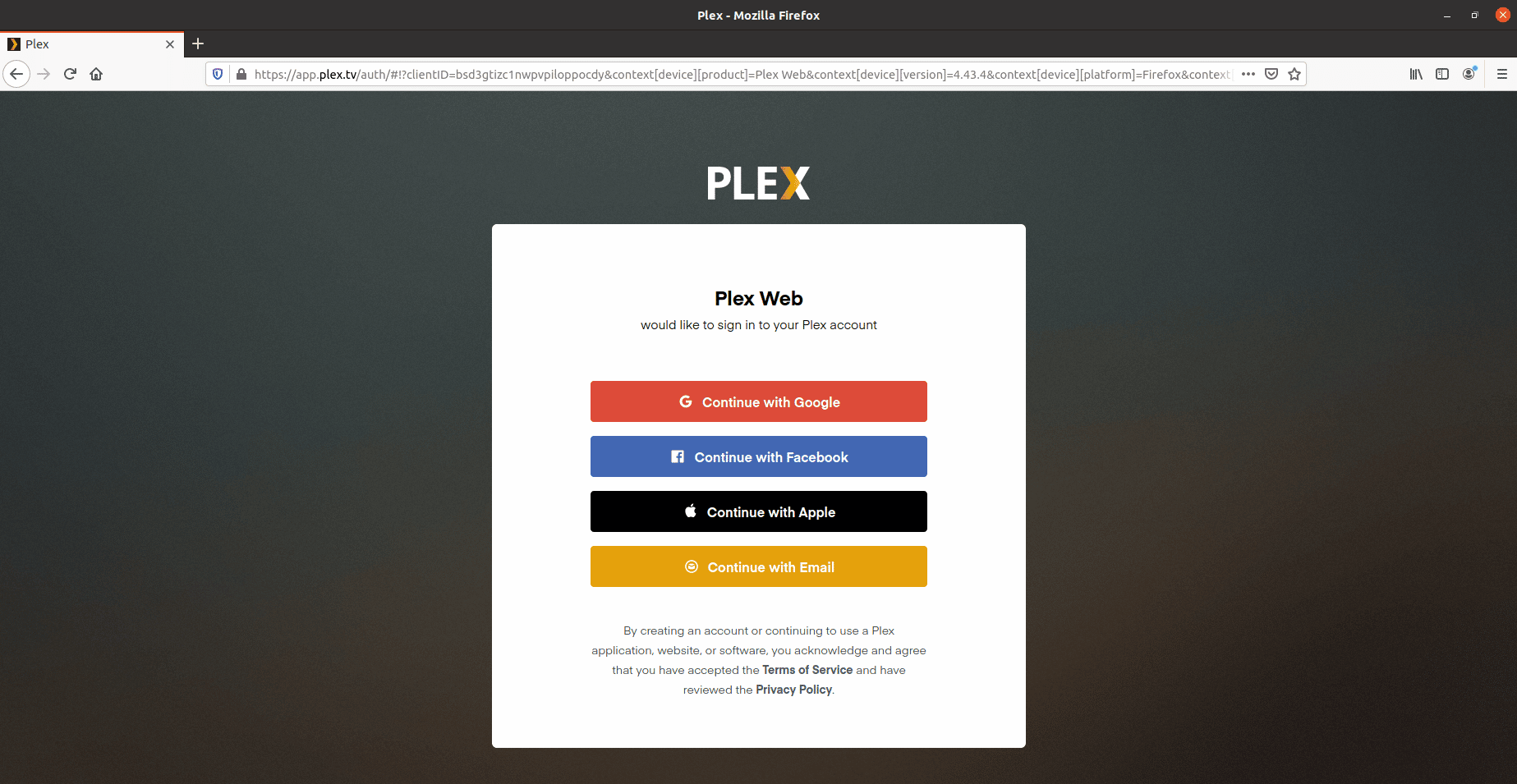 Now, in the next interface enter a name for your Plex server and mark the checkbox ‘Allow me to access my media outside my home’.  To further proceed, click on ‘Next’.

In the next interface, you can add libraries by using the ‘Add library’ button.

Choose the desired library from the pop-up window and click on ‘Next’.

In the next interface, click on the button ‘BROWSE FOR MEDIA FOLDER’ and add folders. Once you have included the desire folders, click on the ‘ADD Library’ button. 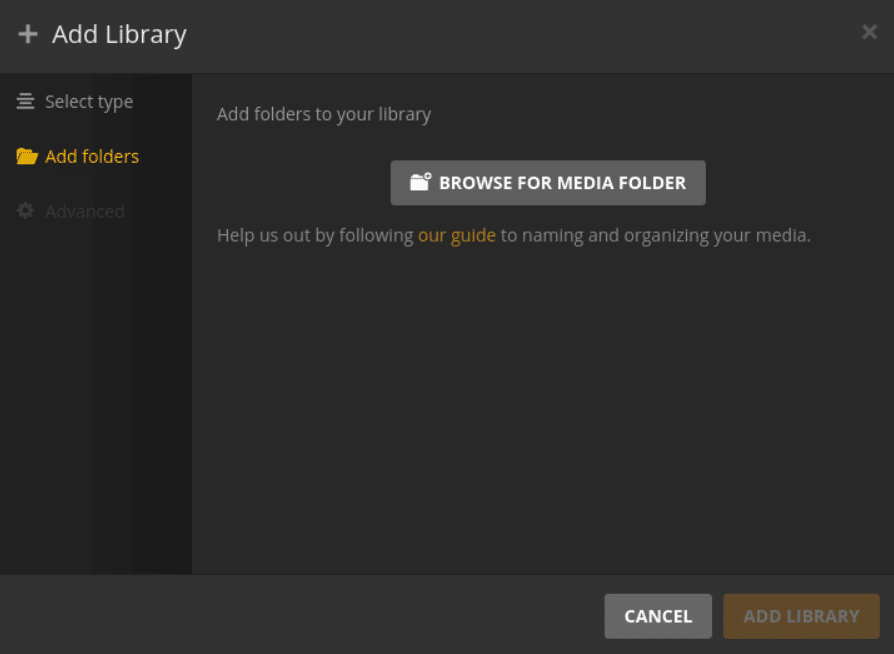 In the next interface, click on the ‘Done’ button.

Now, the added libraries will show you in the Plex media server web dashboard.

If a new Plex media server release is launched then, by executing the following commands you can update and upgrade this application.

That is all about the installation of the Plex media server. Using the Plex, you can save all your favorite Tv shows, movies, videos, and photos in a single place. You can approach them from anywhere to any device. We have demonstrated the installation of a Plex media server on Ubuntu 20.04 in today’s article. We have also seen how you can set up your system easily through its web interface. 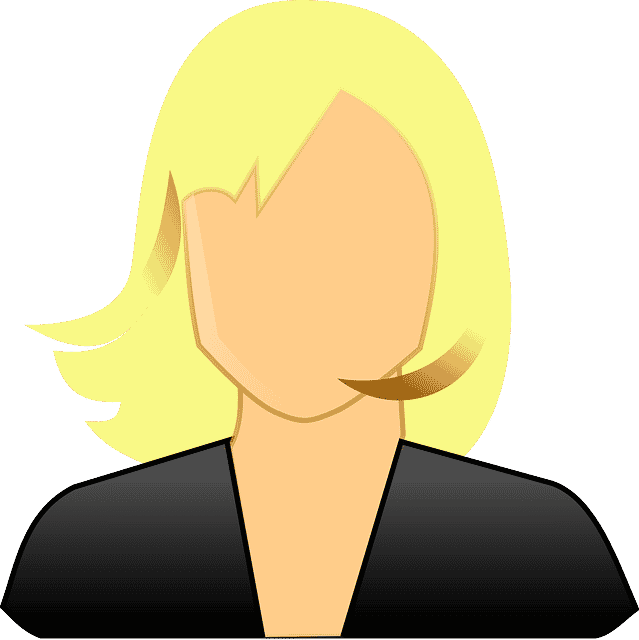