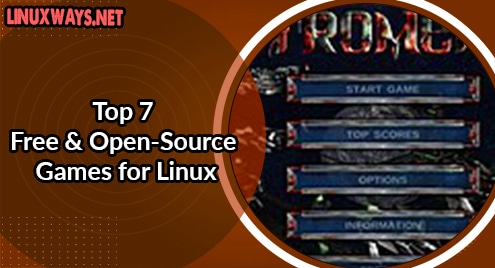 Online Games have witnessed hype since their inception in the 1980s. With each day passing, the online games’ audience has not come down the graph, instead, it is going straight up and beyond one’s imagination. The hectic daily routines make one desire to get confined to the gaming regime that not only uplifts one’s spirits but also recharges oneself for the tough day ahead. Users from all the platforms, i.e., Windows, macOS, and Linux are in constant search for new games. For software engineers and developers, if the game comes under the open-source software license then it would not be wrong to say that it resembles a cherry on top. The developers can play the games and can at the same time suggest and implement changes in the source code. Mostly the open-source software applications are available and provided for the Linux platform and its users. Hence, in this article, we discuss the best top 7 games that are free and open-source and are Linux platform compatible.

The intuitive and equipped with the most eye-catching user interface, 0 A.D is a cross-platform compatible, free, and open-source online game. Being cross-platform, the game is accessible for Windows, macOS, and Linux and its distribution users. The real-time video game is developed by the Wildfire Games.

Knowing the fact that the history was stated from the 1 A.D. and the year 0 A.D. never existed, the writers and developers of the game tried to picture the look and feel of the 0 A.D. era had it ever existed. The game captures the ancient civilizations that existed between the years 500 B.C. to 500 A.D. each civilization depicted and sketched out portrays its own unique set of strengths, weaknesses, opportunities, and threats, and it is up to the user to decide and conquer the civilization based on their set of thinking and decision-making capabilities. The graphics of the game are well developed. However, the game is still in its alpha phase and users can expect and await new and more awesome tools and features to take the adaptability and efficiency of the gaming platform to another level. The game still offers an extremely intuitive platform for gamers. Utilizing the available tutorials of the game, the gamers can get their hands on the most exciting game offered for Linux, macOS, and Windows users, in no time.

Get it now from https://play0ad.com/download/ 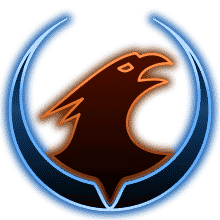 Xonotic is another free, open-source, and cross-platform compatible game offered by the experts at Team Xonotic. Released in 2011, the game has witnessed many changes and feature upgrades since its inception. Xonotic is a single and multiplayer game that outperforms other open-source games in terms of excellent graphics and user interface.

Xonotic offers its users a futuristic aesthetic. The game offers no less than 16 different game modes. Game modes are unlocked based on the user’s points and attaining certain game levels. Deathmatch and Capture the Flag are the classic game modes. Players must score more points by killing their enemies using ultra-modern and futuristic tools and weapons. The game requires a lot of practice and is generally fast-paced, just like other games of a similar genre. The game graphics and implementation methodology put a lot of focus on the player’s motion and other similar elements including its capability to jump at great distances, moving, gaining speed, etc. The platform offers a list of fantastic tools and features, however, the competitive community of the platform has also contributed a lot and according to many reviewers, playing with the community-developed tools and features is more fun.

Get it now from https://xonotic.org/

Released in 2005, the free, open-source, and cross-platform compatible game is the best fit for all around the globe. Being cross-compatible, the game is offered for Windows, macOS, Linux, iOS, and Android users across the world. Battle for Wesnoth offers a single-player and a turn-based strategy-focused multiplayer gaming experience.

The game offers an intuitive user interface that allows users to get their hands on and polish their different skills such as resource management, game playing, and combat skills. The game features awesome graphics that envisions players to build their army and fight with the Wesnoth occupants that have wrongly acquired it. Players, being the legitimate heir to the throne of the Wesnoth are equipped with different tools and weapons necessary for them to regain their homeland city. Once the players acquire the land, they then have to rule the land and make use of their different decision-making and resource management capabilities. The advanced open-source community of the platform enables its players to get benefit from the list of advanced features and capabilities including custom units, built-in map editor, etc., offered by the expert development community that has added tremendously to the list of features of the game.

Get it now from https://www.wesnoth.org/ 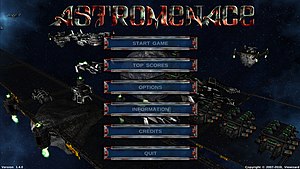 Released in 2007, Astromenace is a single-player arcade game offered for Windows, macOS, and Linux users. Astromenace is a free and open-source game developed by Mikhail “Viewizard” Kurinnoi.

AstroMenace offers a unique and most modern 3D scrolling space shooter that comes with efficient ship upgrading features. The players are allowed to improve and configure their ship configuration by enabling and leveraging advanced and different defensive systems, weapons, power stations, and many more awesome sets of tools. The game provides an interface for players to improve and add different capabilities to their ship by first earning money that comes after a player destroys and fights with the enemies at each game level. The game is most acclaimed due to its unique graphics and eye-catching animation that instantly catches user interest.

Get it now from https://viewizard.com/

SuperTuxKart was released in the year 2007 for users across all the platforms. The free and open-source game is offered for Linux, macOS, Microsoft Windows, Android, iOS, and Nintendo Switch platforms.

Quite similar to the Mario Kart series, SuperTuxKart is a 3D racing game that users can play both offline and online. In the offline mode, the players can compete against the computer, i.e., robots. Whereas, in the online mode, the users can play with friends in the Multiplayer mode. Furthermore, the game offers numerous Grand Prix cups in which different players can participate along with the good old’ Time Trial mode that limits game playing time and users have to complete the game or certain game stage within the set time frame. In TuxKart, the players can also play in the story mode where they have to rescue the Mascot kingdom from Nolok – the villain occupant. Offering and having designed eye-catching graphics, the players instantly get hooked to the game and love its feature-packed interface.

Get it now from https://supertuxkart.net/Download

Developed by the experts at Minetest Team in 2010, the free and open-source game is another feature-packed and cross-platform compatible game. The game is offered for Linux, FreeBSD, Microsoft Windows, macOS, and Android users around the globe.

Minetest offers an intuitive and sleek user interface that offers a voxel sandbox video game that provides a freestyle game-playing user experience. The players are not expected to achieve any specific goals thereby offering a sense of freedom in selecting the game strategy and plan. Minetest is played from the first-person perspective but also offers a feature that enables playing from the perspective of a third person. The game world consists of voxels that are differed 3D objects, a lot of which are cubes that are also called “nodes” in the game. These various voxels represent different and vast-ranging materials, such as stone, dirt, water, ores, tree trunks, and lava. The story of the game revolves around the idea of selecting and placing these objects, where the user is bound to place one node at a time. Nodes are arranged in the form of a 3D grid, that allows users to modify and configure the game world by using different features and tools such as “mine” (or “dig”) blocks and then “place” (or “build”) them elsewhere. Similarly, it provides the ability to pick up the axes for digging rocky nodes, access water buckets to pick up water nodes, use shovels to speed up the process of digging of dirt and sand, etc. The game provides its players a wide list of tools and hand-held weapons that helps players to efficiently play the game and edit gameplay.

Get it now from https://www.minetest.net/downloads/

Another free, open-source, and cross-platform compatible game, Red Eclipse was launched in 2011. Red Eclipse is a single and multiplayer first-person arena shooter game. Similar to Cube 2: Sauerbraten, Red Eclipse offers a gameplay style quite like that of the Quake III Arena or Unreal Tournament.

With Red Eclipse, the players can fight in two randomly assigned teams where one is known as the Alpha (Blue) team and the other is called the Omega (Red) team. These teams can be exchanged with the mutators. Different game modes offered in the game include Deathmatch (kill to score), Capture the Flag, Defend and Control (players must secure control points to win), Bomber Ball (a bomb must be brought into the enemy goal before it explodes), Race (players compete for the number of laps), as well as online cooperative map editing. As in Cube 2, each mode can be further modified with several mutators, such as FFA (Free-For-All, i.e., players fight for themselves) and Instagib (all hits are lethal, and players spawn only with a rifle. Unlike Cube 2, Red Eclipse features parkour movement, such as vaulting or running along walls.

Get it now from https://www.redeclipse.net/download

The article provides a list of the games that are free, open-source, and cross-platform compatible. The summarized list of games are best known for the Linux platform, however, are also well known and acclaimed by Windows, macOS and in some cases Android and iOS users. The list of top 7 best games includes 0 A.D., Xonotic, Battle of Wesnoth, Astromenace, SuperTuxKart, Minetest, and Red Eclipse. The discussed games offer the most amazing, eye-catching, and phenomenally astounding graphics that instantly captures the players and are yet released under the open-source software license, thereby constantly keeping the room and doors to the advanced features open wide. 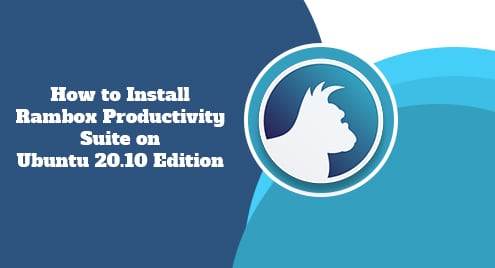 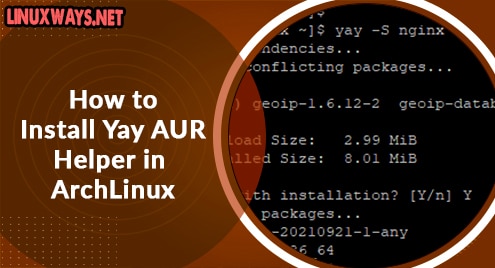 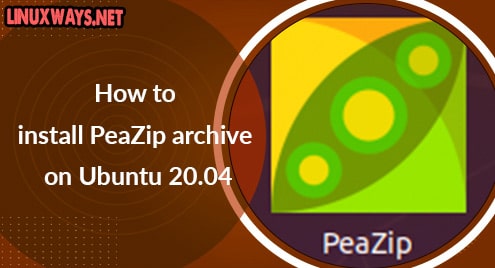