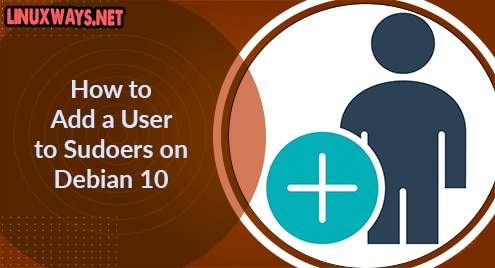 In this article, we will explain a method of how to add a user to sudoers using the terminal on the Debian 10 system.

Method 1: Add User to a Sudoers Group on Debian 10

The most frequently used method to assign sudo privileges to a user is to add a user into the sudoers group. The members of the sudoer group can run all administrative commands as root. When a command runs with sudo privileges, a password confirmation prompt shows on the terminal. The sudo user authenticates this process using the password.

In the above command, sudo is the group name and user_name is the name of the user. For example, we are adding a user named ‘karim’ into the sudoers group. Therefore, the above command will change into the following form:

The above-explained method is enough for granting sudo privileges to a user. To verify that the user is now added into the sudoers group, type the following terminal command:

Enter the password. If the user is added into the sudoers group then, the ‘root’ will display in the result. Otherwise, it will display an error on the terminal screen.

‘/etc/sudoers’ location in your system. In this file, we define certain rules and set of the privileges which we assigned to a particular user.

Using two different approaches you can grant access to a sudo user. Either, you can configure the ‘/etc/sudoers’ file on your system and edit it or you can create a new file in the ‘/etc/sudoers.d’ directory. To modify the sudoers file, type the below-mentioned command:

Now, at the end of the configuration file add the following rules as follows: 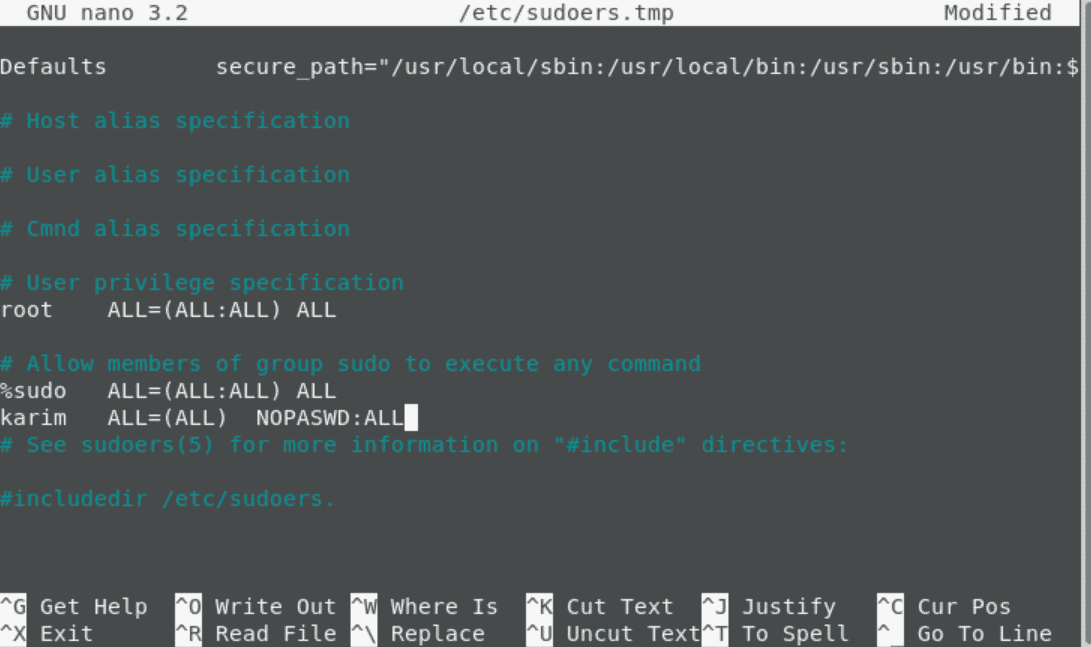 Change the user name with your user which is shown in the following screenshot:

You can also give some limiting sudo privileges to a user. For example, we want to grant specific privileges of ‘useradd’ and ‘adduser’ commands to the user ‘karim’.

Save the above-explained rules at the end of the sudoers file. After that, the user can only run the ‘adduser’ and ‘useradd’ commands.

You can also create a new file in the ‘/etc/sudoers.d’ directory and define some set of rules. 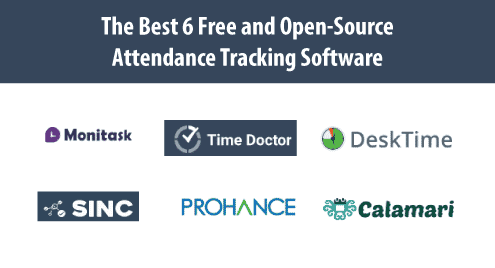 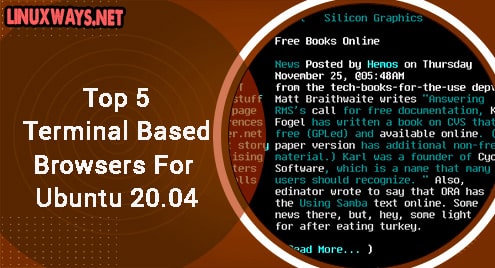