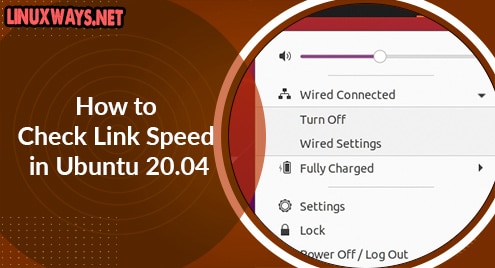 In a simple network, the connection speed speak of the fastest a unit can interact only with a wifi connection. The connection bandwidth is measured in bits per second that varies based on the machine & contact point. Throughout most situations, speedy ethernets will have a bandwidth of 144.4Mbps, 300Mbps, or 100Mbps, while Gigabit ethernets will have rates of 1000Mbps. We won’t go into detail about how all the different levels of TCP/IP handle the bandwidth. Rather, we’ll look at the different methods of commands to verify the speed of a connection on Ubuntu. Let’s have an aspect at each one, one afterward another.

Before going to look at the methods to check the connection link speed, we need to make our system up to date. For this purpose, log in and get to the terminal of the Ubuntu 20.04 system. To make your system open the Terminal use “Ctrl+Alt+T”. Now the terminal has been opened, let’s start updating our system and upgrade it via apt package as mentioned in the command. Provide the password and hit “Enter” for the sudo user upon request.

The system will be updated and upgraded after some minutes. Make sure to hit “y” when it asked to continue the process as presented within the snap underneath.

Before checking network link speed, we need to add some network tools within our Ubuntu system. Therefore, we have to use the apt package to install network tools as stated in the image. Deliver the sudo user secret code to continue installing the tools.

After a while, the system will complete the installation of network tools as presented below.

The IP instruction is the first way for determining the connection speed of the device. The IP instruction, which is a component of something like the net-tools module, is well-known in Ubuntu. This enables us to modify network crossing points in the Linux distribution, such as trying to bring them down and up, changing IP addresses, netmasks, plus ways, and much more. As a result, it is a very useful tool for network managers. Were using the ip query followed by the addr to have the connection rate of the link as beneath. You can see we have two links both having 1000 Megabits per second speed.

The second method is as simple as the first one to check the connection speed. As you have seen we have only 1 wired connection in Ubuntu 20.04, which is enp0s3. Hence we will use the Ethernet tool package to check its details most importantly speed. So, run out the beneath query and you can grasp the speed of it in the statistics. 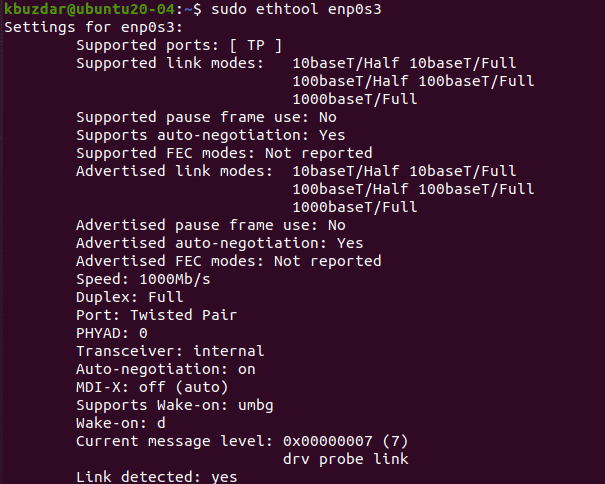 As you would expect, we’ll look at the connection speed straight from the kernel throughout this technique. First of all, you need to move towards the path below within the terminal. This path must contain the interface name. The path contains network interface speed statistics.

All we would have to do now is use a cat to access the document. Hence, we have executed the below command with sudo rights containing interface enp0s3.

You have shown with the speed of interface enp0s3 as 1000.

Last but not least and easiest way to see the link speed is from the GUI of the Ubuntu desktop. Tap on the triangle sign at the top right corner of the desktop and expand “Wired Connected”. Click on “Wired Settings”. 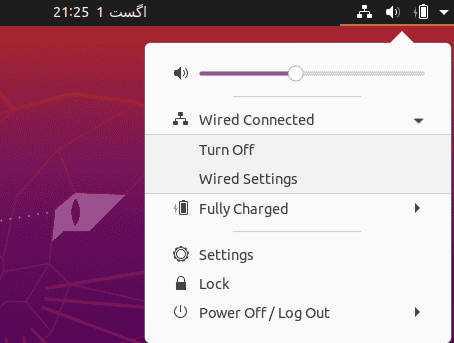 A window named “Network” will be opened, showing the Wired Link speed as “Connected – 1000 Mb/s”.

Various ways and tactics for determining the link speed of IP networks in Ubuntu were explored in this article. Thank you for taking the time to read this article. 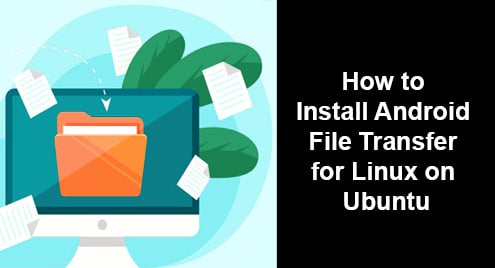 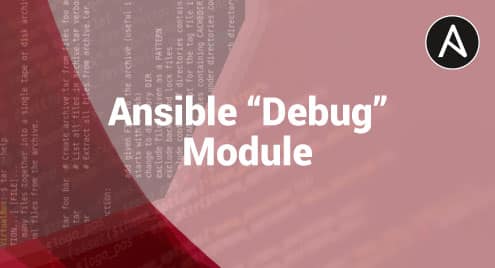