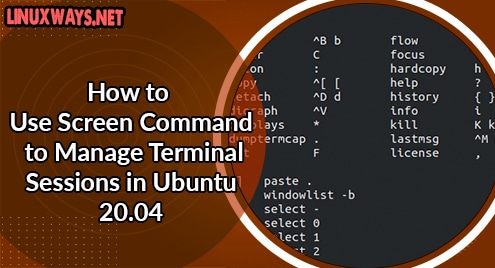 Sometimes we need to use multiple terminal sessions within one window while performing several tasks. Fortunately, In the Linux system, we have a console application “screen” which allows us to use multiple terminal sessions in a window. Using “screen” applications, it is possible to run any number of interactive command shells, console-based applications, etc. It is very useful to keep running the program even if you accidentally close the terminal.

For instance, you are working in a remote Linux machine using an SSH session, but many times you get the SSH session terminated and you lose the task you are working on. In this case, the screen utility tool helps to resume the session. In this article, we will learn about the common usage of screens in Ubuntu 20.04.

Installation of the screen application is a simple and straightforward process. Run the following command to install screen in Ubuntu 20.04.

To verify the installation of the screen, run the following command.

By using a simple screen command, the screen session can be started. The command will create a new terminal inside the current running terminal and if you do not want to use it you can use the exit command to come out of the screen.

A new window can be started within the screen with the name as follows. In this example, I have used a screen name example-screen which can be reattached at a later stage.

We have started a new window using the screen command. Now to display all the current opened screens run the command:

You can use ctrl+a followed by d command to detach your screen session from the current terminal. Type control+a d in the terminal session as :

You can reattach your detached screen session using screen command with -r option. From the list of the screen session, you can simply type screen -r and screen name to reattach the session again. In this example, I have reattached an 4351.example-screen session from my screen list. You can select your session accordingly.

You can list all the screen parameters using ctrl+a followed by character ? .

The terminal window can be split either vertically or horizontally as per your convenience. To split the window vertically, press the ctrl + a followed by character | as in the screenshot. The same process can be repeated for n number of vertical screens.

To navigate to another screen type ctrl+a followed by Tab

To split the screen horizontally press ctrl + a followed by S (upper case). You can repeat the same process to get n number of horizontal screens.

To terminate the current screen session, press ctrl+a followed by k (lowercase k) as in the screenshot below.

Check all the options available with screen command

To check all the options available with screen command, run the following command in your terminal 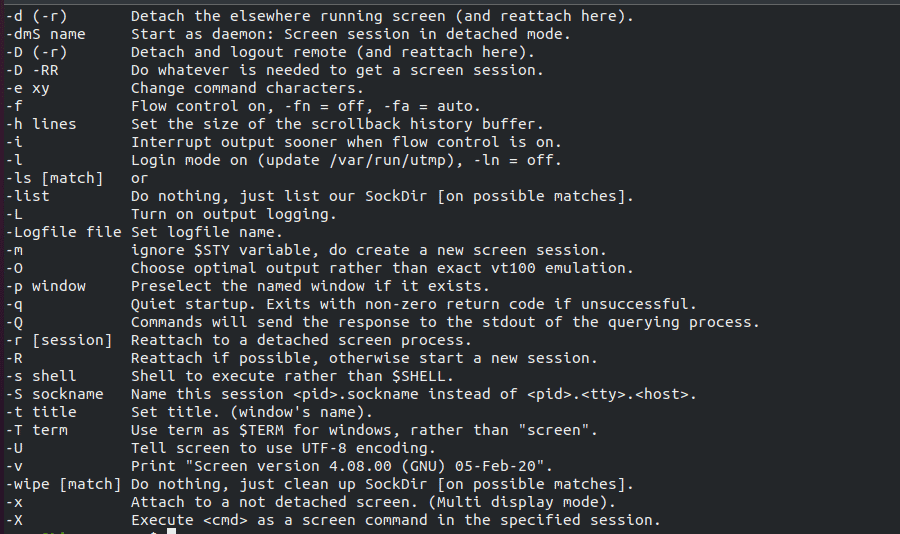 Check the owner of the screen

In this article, we have learned how to use screen commands in ubuntu 20.04. If you have more screen command tips, do not forget to share them in the comment below. 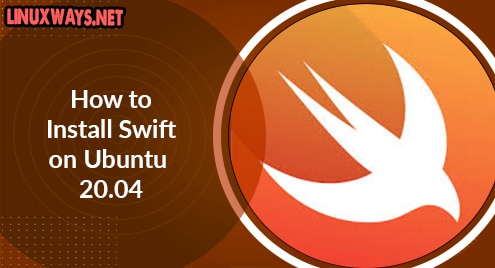 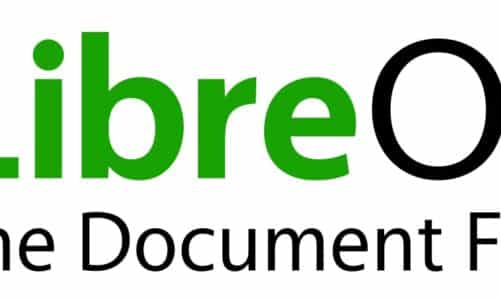 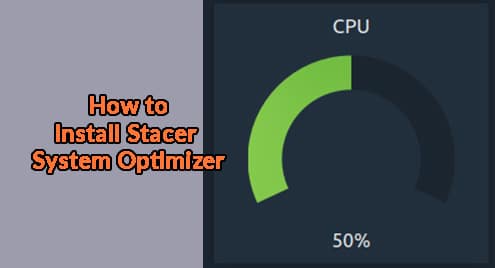