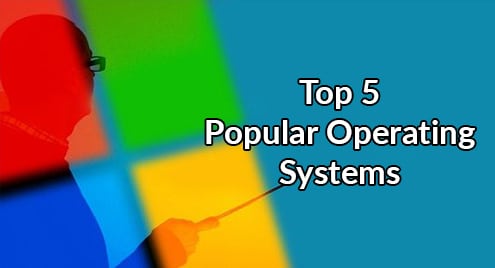 Operating Systems (OS) – the paradigm that enables management of computer hardware, software resources, and provides common services for computer applications. In other words, the OS allows users to run vital applications on his/her computing device. It helps support basic functions like scheduling tasks, controlling peripherals, and managing the computer’s hardware resources. There are two types of OS, server-side, and client-side. The server OS server-side requests are received from the client system which is operating on client OS. OS deployed on the server is advanced and can provide services to multiple clients at the same time. The client OS operates within the user’s desktop and is used to obtain services from a server. The client is simpler and more straightforward as compared to server OS.

There also exist distinctions based on the best OS for businesses or daily usage. However, here in this article, we mainly discuss the client-side OS that is optimal to perform multiple tasks at the same time. The five popular client-side OS are listed and evaluated based on their performance and efficiency to run and link different software applications with hardware and peripherals seamlessly.

Quite obviously, Microsoft Windows tops our list of the top five best OS to exist. User-friendly, seamless, efficient, straightforward – are some of the few attributes of Microsoft Windows OS. Been there around since 1995, Microsoft has released several versions of their propriety OS and updates of the OS with each version more stable and exciting than the previous one. The different popular releases include Windows 95, Windows Vista, Windows XP, Windows 8, Windows 10, etc. Microsoft Windows is the most favorite and popular amongst its users. Also, the OS comes preloaded on most of the new system hardware thereby making it the most compatible OS because almost all the hardware vendors make drivers for Windows. From Windows 95 to Windows 10, the OS has drastically evolved and improved its user experience, features, customizations, performance, speed, and compatibility.

Despite offering such an extensive list of features and advantages, the platform poses a great risk of hacker attacks as the hackers can easily break into Windows’ security. The OS is not free; therefore, a license must be bought to use it, and still, some of the software, e.g., photo editing software (Photoshop), requires additional licenses as well. The utilization of higher computer resources and inefficient support also pose a great threat to the paradigm’s success. Nevertheless, Microsoft Windows is a widely used OS and its users are satisfied with the paradigm’s performance and user experience thereby neglecting its few drawbacks.

Ubuntu is a Linux-based OS that is enabled with everything that users are looking for in an OS. The Linux-based OS is ideal for enterprises, schools, and home use. Ubuntu is free to download, use, and share making it a platform worth giving a chance. Ubuntu is officially released in three editions: Desktop Server, and Core for Internet of things devices and robots. All of the versions can seamlessly run on computers. Linux belongs to the family of open-source operating systems. First OS based on the Linux kernel was released on September 17, 1991, by Linus Torvalds. Linux was initially developed for PCs (personal computers) based on the Intel x86 architecture but has since been ported to more platforms than any other operating system. Linux is free, and there are many different distributions — or versions — you can choose from. Popular Linux distributions include Debian, Fedora, and Ubuntu. Commercial distributions of Linux mainly include Red Hat Enterprise Linux and SUSE Linux Enterprise Server. Desktop Linux distributions involve a windowing system such as X11 or Wayland, and a desktop environment such as GNOME or KDE Plasma. Distributions intended solely for servers may completely or partially exclude graphics altogether, or incorporate a solution stack such as LAMP. This is because Linux is freely redistributable, anyone may create a distribution for any purpose.

Ubuntu is a highlight of Linux. It is open-source, super-fast, user-friendly, lightweight, flexible, and free for all. Ubuntu powers billions of desktops, laptops, netbooks, and servers around the globe. Additionally, Linux always takes care of user privacy as it never takes private data from the user and so that makes Ubuntu one of the most security ensured platforms. Comparatively, the rest of the OS requests for the user’s private data.

Compatibility, however, is not a feature very widely adopted in the platform. Many windows applications do not support Linux-based OS. Also, some hardware drivers are not available for Linux because the hardware companies would rather make drivers for Windows and macOS as they both have a greater user base as compared to Linux. Still, for many, Ubuntu is a preferred OS due to its flexibility and easy availability.

Developed and released to the public in early 2001, Apple macOS is a series of proprietary graphical operating systems. One of the biggest competitors to Microsoft Windows, Apple-designed, conceptualized, developed, and now sells the OS that is only compatible with the Apple Mac computers or systems. Since the inception of the OS in 2001, Apple has released a number of free version updates to its users each with more advanced features than the previous. Mac OS X 10.0 was the first release of Apple in March 2001, following its first update to 10.1 later that year. After this, Apple started to name its releases after big cats, which continued till the release of OS X 10.8 Mountain Lion. OS X 10.9 release and the releases afterward have been named after locations in California. In 2012, Apple named its OS as “OS X” but later changed it to “macOS” in 2016, to synchronize the nomenclature with their other operating systems i.e., iOS, watchOS, and tvOS. The latest version is macOS Catalina which was publicly released in October 2019.

The latest versions of Apple macOS offers numerous features including the dark mode that gives a more dramatic looking interface, a dynamic desktop that helps to automatically organize the desktop files by kind, date, or tag, a continuity camera that scans or photographs a document which then automatically appears on user’s mac, advanced iTunes that enables searching a song with few lyrics. Other than that, as compared to Microsoft Windows, the Apple macOS is extremely safe and nearly impossible for hackers to break through. Apple disallows websites from tracking and shows user’s profiles as anonymous online ensuring utmost security and privacy. Apple also allows its users to install other OS along with macOS via BootCamp. Furthermore, as Apple designs their systems themselves and also develops the software for it, this makes the integration extremely seamless and ensures utmost user experience.

One of the very obvious drawbacks of the Apple macOS is its limited compatibility which limits seamless integration with systems not developed by Apple or Macintosh. High prices and a few amount apps available in the App Store or other sources are some of the more drawbacks of the OS. Apple does not provide a variety of macOS which restrains the user to adopt just what has already been there and provided by Apple. Nonetheless, the Apple macOS provides the best user security and offers a hundred percent safe platform making it one of the favorites of the Apple system users.

Among the famous Linux-based OS, Fedora is another most widely used and loved by users all around the globe. Released in 2003, Fedora is a Linux-based operating system that extends Ubuntu’s open-source features a run for their money. Just like Ubuntu or any other Linux-based OS, Fedora is easy, reliable, and makes for a powerful OS for any desktop computers and laptops. Fedora is an OS best fit for all, i.e., students, hobbyists, and professionals all can benefit from the free and seamless OS. It provides a complete open-source toolbox with varying languages, tools, and utilities in a single click or command. A sleek and easy user interface allows the developers to focus on their code on Gnome 3 environment. It also enables users to dig into powerful virtualization tools to get virtual machines up and running. Fedora also has the most significant communities, and it helps users sort out their different issues.

Fedora comes with numerous pre-installed open-source software. It also allows users to install third-party applications. The UI is specifically designed to prevent distractions and help users better focus. Fedora guarantees high security with SELinux. It protects its users by monitoring every activity on the system. It also includes a firewall by default that users can also modify easily to meet their requirements.

Fedora is not particularly a beginner-friendly platform. Also, in terms of security, the community is not enriched as other Linux-based operating systems, so users might face some issues in seeking software support. Updating to new releases in Fedora can also be problematic and not be as easy as one might expect it to be. Some users might find the OS a bit unstable as well. However, the OS is still one of the most favorites of many and offers numerous functionalities including the best security.

Release in March 2011, Elementary OS is Ubuntu LTS -based Linux distribution. the aesthetically pleasing UI of the OS is quite famous amongst its users. The user experience of this OS looks very similar to macOS, making it a great alternative for non-Apple system users. Being Linux-based, the stability and speed of Elementary OS are the reasons why this IS considered the best for computers and laptops by many users. Great security and privacy feature also complement the OS usage and customer base. Additional and efficient security measures notify its users if an app wants to access a location. To save space, the elementary OS also cleans up the temporary files. It provides its users with a basic set of software applications like a browser, media app, calendar, and more. The AppCenter allows users to add or install more apps. The latest version of the Elementary OS, i.e., version 5.1 Hera comes with a lock screen greeter that is especially helpful in guiding new users.

The Ubuntu-based Elementary OS is designed to help users concentrate on their work screen. It accompanies the lovely “Pantheon” interface. It’s such an operating system type, that features the simplicity of activity. The program incorporates all the great features with a pleasing interface including Bluetooth, sound, battery applets, etc. The OS is free, fast, and easy to use. The OS also offers plenty of customization options to its users. The OS, however, does not offer very frequent updates and releases, therefore users have to wait for some time for new features and stable releases. Other than that, the Elementary OS is one of the newly emerging favorites of the system users due to its sleek interface and macOS-like feels.

The article enlists the top five best performing operating systems in the market. Many reviewers and experts categorize operating systems in different types, i.e., some may categorize OS best for businesses or universities or etc. However, here in this article, we have compiled a list of best-performing client-based OS that is optimal to carry out the client-side requests easily and efficiently. However, some of the listed OS is also used and considered best for the server-side as well, e.g., Linux-based OS. Microsoft Windows tops our list mainly due to its adaptability, compatibility, features, and performance. Apple macOS comes second on the list despite offering limited compatibility to non-Apple users due to its enormous security policies and measures. Data integrity and security are key to success for any platform, system, or application in this age because of the increasing data threats and their misuse. Linux-based OS, Ubuntu, Fedora, and Elementary OS concludes our list of the best five OS as the paradigms besides being open-source offer numerous features along with compatibility, speed, and security. 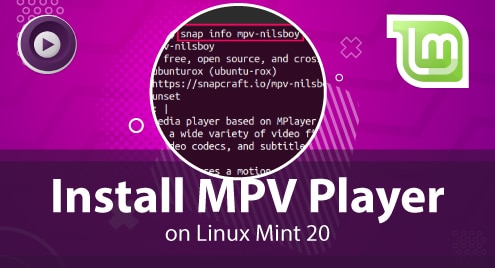