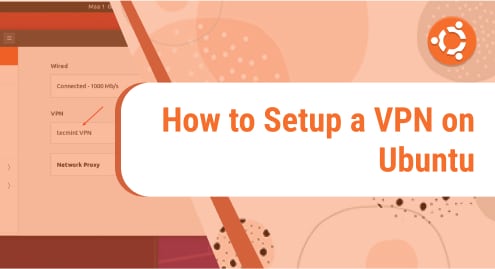 A VPN abbreviated as Virtual Private Network enables a private network to be extended across a public network. It allows users to send and receive data as if their computer equipment were physically linked to the private network. For example, suppose you need to connect to your workplace’s local network while on a business trip. You’d find an internet connection (maybe at a motel) and then connect to your company’s VPN. Although it looks like you are directly linked to the network at work, you are connected to the network via the hotel’s internet connection. VPN connections are normally encrypted to prevent unauthenticated users from accessing the local network to which you’re connected.

Methods to Setup a VPN on Ubuntu

There are two ways in which you can set up a VPN on your Ubuntu:

A brief description of both approaches is detailed below:

The following are the steps involved in the installation and set-up of VPN in Ubuntu using the CLI method:

To ensure that all your Ubuntu packages are up to date, update your operating system using the following command:

Then to upgrade your operating system, use the following command:

You can check your system’s IP address using the following command:

You can install OpenVPN using the following command: 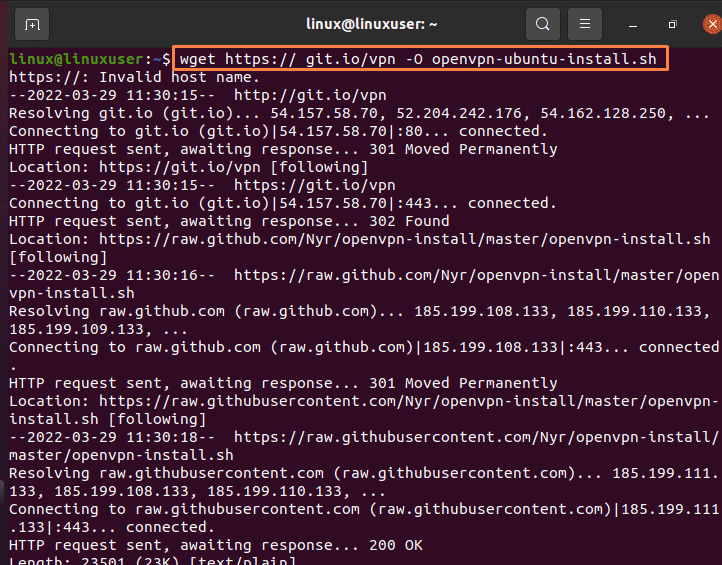 Now we’ll use the “chmod” command to change the permissions on the script file: 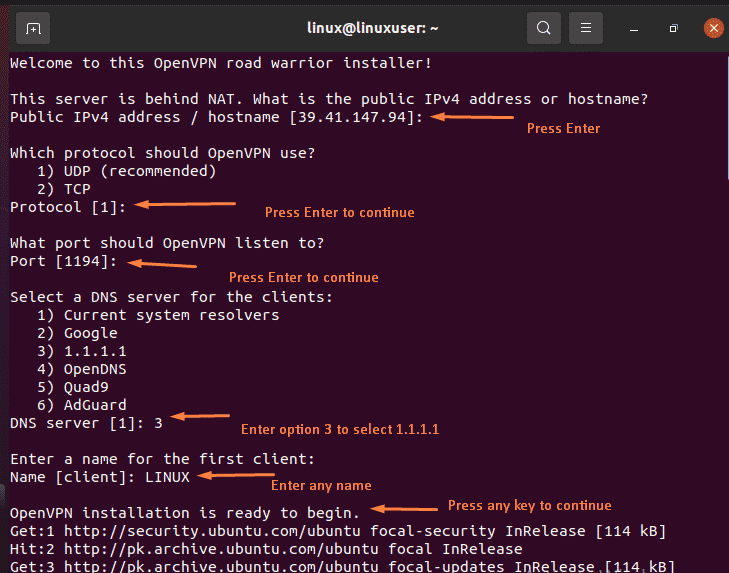 Run the following “Ping” command to ping the OpenVPN server:

Step 5: Addition or removal of clients

By using the following mentioned script file, you can either add or remove clients or revoke existing clients: 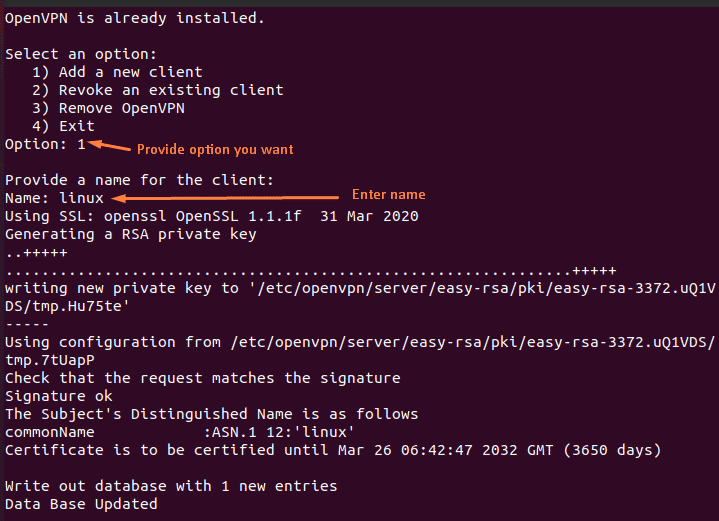 Using the following mentioned command, you can start OpenVPN:

Using the following mentioned command, you can stop OpenVPN:

Using the following command, you can restart OpenVPN:

Using the following mentioned command, you can display the status of OpenVPN: 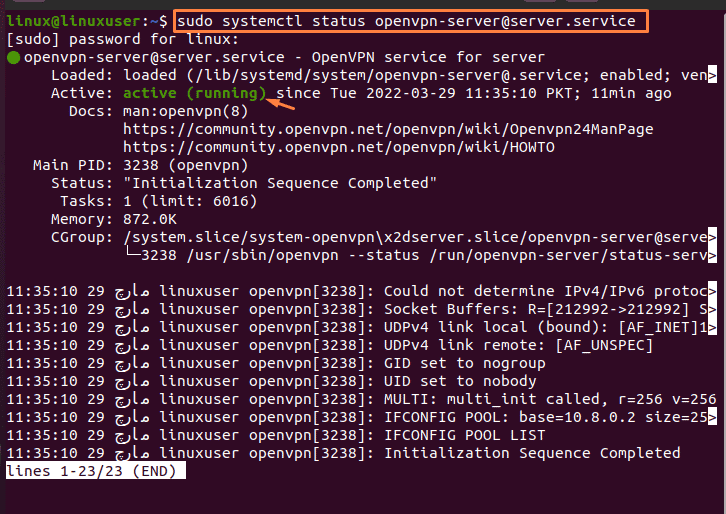 The following are the steps involved in the installation and set-up of VPN in Ubuntu using the CLI method:

Open the Ubuntu Activities (depicted by a nine-dot symbol) in the left corner of the screen, then seek for and select the “Settings” option: 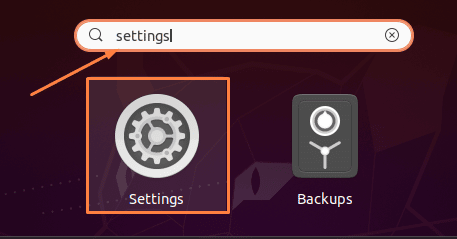 After tapping the “settings” button, the Network Settings Menu will appear. Go to “Network” in the settings options. To add a new VPN connection, click the Add button at the bottom of the left-hand list of VPN interfaces. 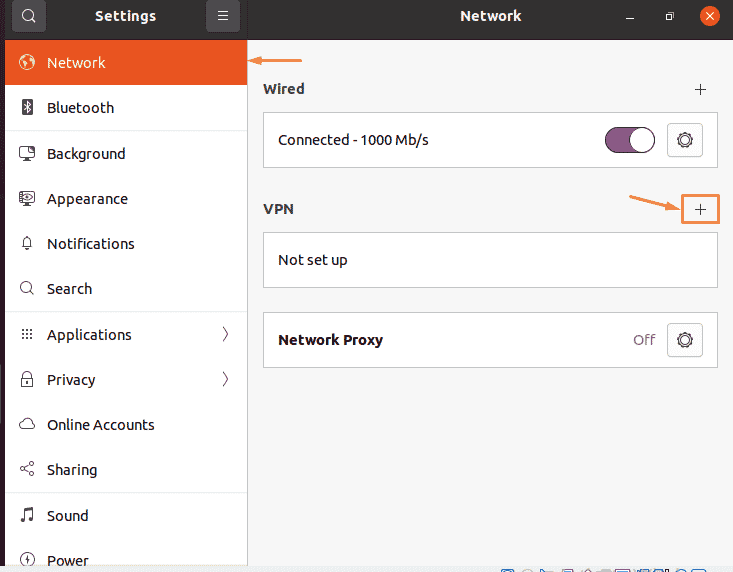 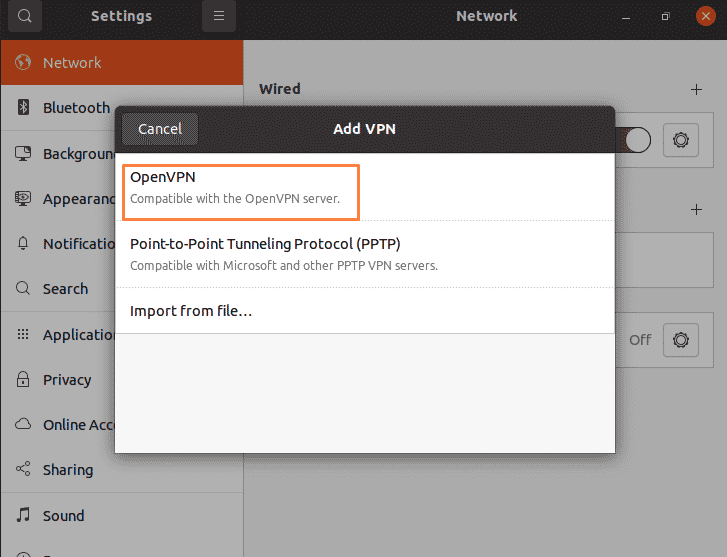 After selecting the VPN, add details about the VPN. Once you’ve completed filling out the VPN connection details, click Add: 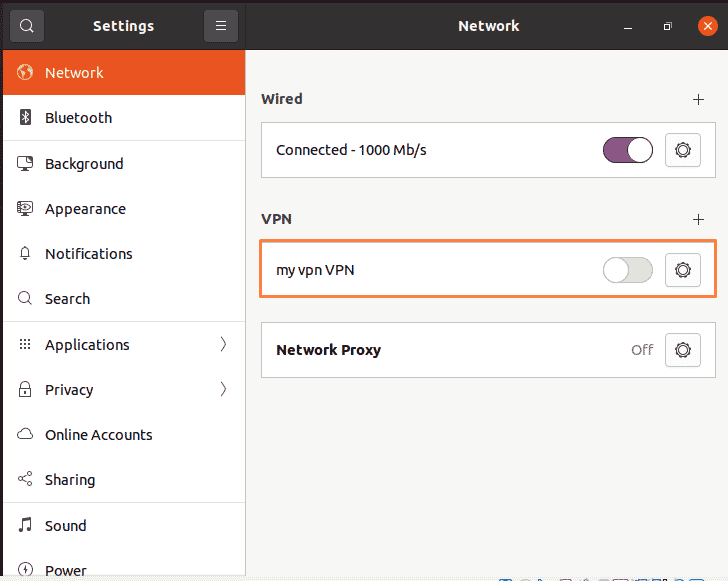 This article provides a basic understanding of VPNs and how they work. This article also covers the two distinct methods for setting up VPN in Ubuntu Linux. These methods include command line and graphical user interface (GUI) approaches. In addition, the CL method includes several commands that can be used to set up a VPN in Ubuntu. 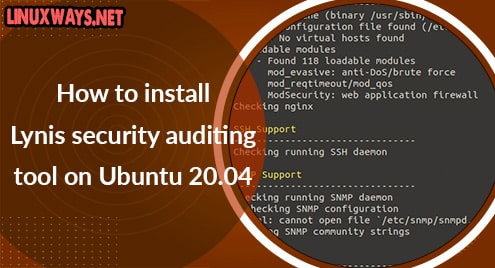 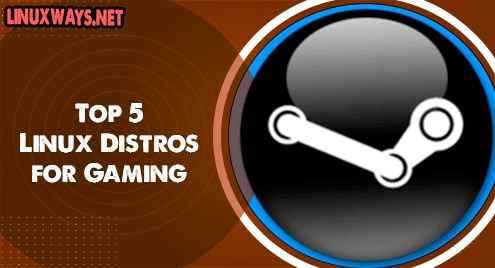 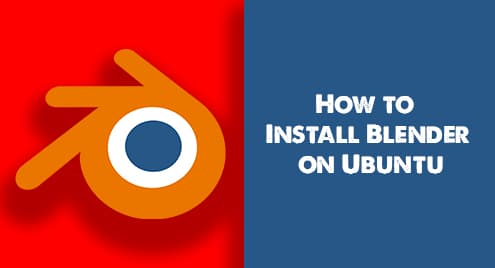