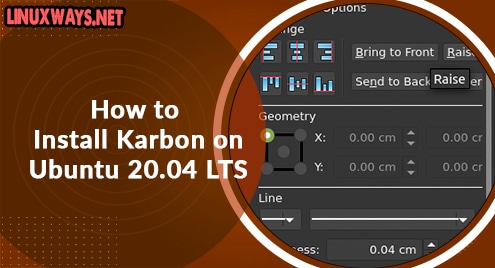 Karbon is an excellent graphics tool to create vector drawings which are also called SVG. Karbon is powered by a QT user interface and developed by KDE. Karbon is an integral part of KDE graphics design. SVG graphics are highly scalable and take less size on both local and remote disks. They are the preferred type of graphics for the web. When it comes to icons, most vendors prefer SVG icons.

Karbon supports ODG, SVG, WPG, WMF, and EPS formats to create and produce vector drawings. I am using Ubuntu 20.04 LTS edition, and I will show you how to install it standalone on your Ubuntu system.

Karbon is available in Ubuntu repositories, so we can install it from there easily. In case, you want to install a development or nightly build for your testing needs then you can use a PPA as well.

First I would update my system repositories, so I can have the opportunity to install the latest packages.

Now I can install the latest Karbon package as following:

You can access Karbon from the command line and dashboard both as shown below. Invoke the following command to access Karbon.

Otherwise, you can always access it from the system dashboard which is natural when it comes to launching any applications.

Access Karbon from the dashboard and launch it with a click. Below will the first screen you will see: 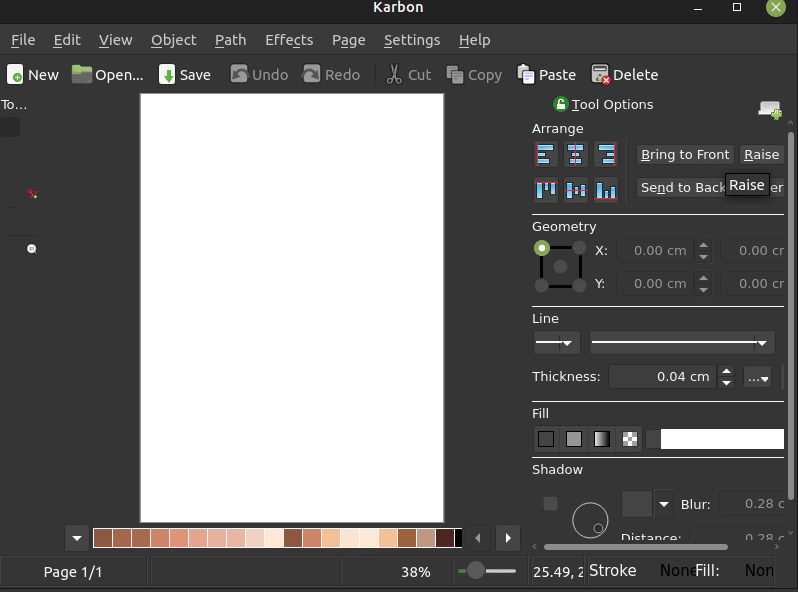 We used .deb packages from the Ubuntu 20.04 LTS repositories, so it is simple to use apt command to remove Karbon from your system. Use the following command to eliminate it:

Karbon can help you create path shapes using many sophisticated drawing tools. We worked out how to install, launch, and remove Karbon on Ubuntu 20.04 LTS version. I hope you will get what you need for your vector graphics with this exceptional tool. Enjoy Karbon! 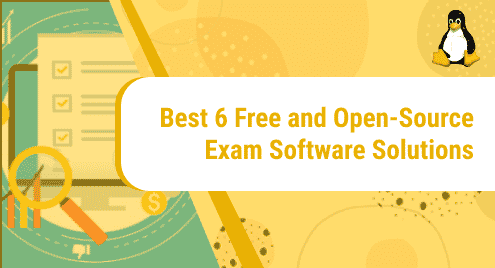