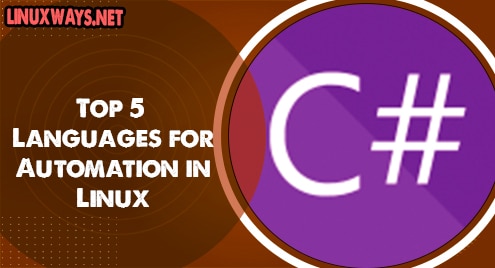 One of the very important and integral parts of the software development process is the software testing stage. The quality assurance engineers make sure to validate and verify the developed software solution against the documented requirements and software specifications. To ease and speed up the processes of software testing, different mechanisms have been introduced. One of these mechanisms is Test Automation. Test automation procedure adapts an autonomous software, independent from the software under testing, to control the execution of tests and assess the system working by comparing actual outcomes with predicted outcomes. Test automation significantly enhances the efficiency and speed of software testing by replacing tedious manual testing with automated and formalized testing. The article summarizes the best-suited programming languages to design and code the automation software.

Developed in 1991, Python is an all-rounder general-purpose programming language fit to design and develop any software solution for any paradigm. Supporting all the platforms, i.e., Linux, Windows, and macOS, Python is the preferred language of more than 73% as per the Stack Overflow Developer Survey, 2019.

Get the latest version of Python now from https://www.python.org/downloads/

Developed by the Oracle Corporation in 1995, Java is a high-level, modern, class-based, object-oriented programming language capable of solving and responding to any software solution need. Java supports a syntax quite similar to C and C++ but provides lesser low-level facilities than C and C++. Java is one of the most popular programming languages, adopted by most of the organizations across the globe, especially for client-server web applications, as per GitHub survey 2019. The language follows the WORA (Write Once, Run Anywhere) principle which enables and brings diversity across all the platforms.

The JUnit provides a popular framework for unit testing framework, whereas the active developer community has developed and structured a number of open-source automation testing frameworks using Java. Unification of JUnit with Selenium WebDriver enables automated browser testing for any website or web application. The diverse and extensive coding language is trusted by many quality assurance engineers to design and develop efficient and highly effective test automation scripts.

Get it now from https://www.java.com/en/download/ 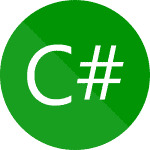 Utilizing the .NET framework, with C# quality assurance engineers are able to design and develop efficient test scripts for automation testing. Being a cross-platform supporting programming language, applications developed in any of the platforms, i.e., Windows, Linux, macOS, Android, and iOS can seamlessly support the automation testing formulated using C#. Furthermore, the integration with Selenium WebDriver enables users to further enhance and conveniently perform the automation testing task. C# provides quality assurance engineers with many intuitive features to enhance the overall automation testing procedure. The cross-platform support has helped improve the proficiency and performance of many software applications across all the platforms.

Get it now from https://www.microsoft.com/en-pk/download/confirmation.aspx?id=7029

JavaScript was released in 1995 and has since then taken over the world wide web by storm. JavaScript supports over 97% of all the currently functioning websites alongside the famous HTML and CSS. JavaScript sits at the core of every website where it supports the client-side communication of a website.

JavaScript supports a multi-paradigm language, functional, event-driven, and imperative programming architecture thereby providing the quality assurance engineers ease of developing and designing automation software in a fully enabled and supportive environment. The diverse and extensive list of application programming interfaces (APIs) provided enables support for working with text, regular expressions, dates, standard data structures, and the Document Object Model (DOM). One of the primary reasons for more users adopting JavaScript for automation is the wider adoption of shift-left testing methodologies where developers are also involved in test code development. In this, the quality assurance team works in close collaboration with the development team to come up with efficient test automation implementation.

Get it now from https://www.javascript.com/

Another highly functioning programming language in the automation and automated browser testing arena, Ruby was released in 1995 and has been successful at acing at all the paradigms and solution development challenges. The open-source and cross-platform compatible programming language supports simplicity and productivity, and just like Python, Ruby also offers beginners an easy-to-learn and adapt to platform. Despite being user-friendly and providing flexible object-oriented architecture, Ruby also provides its users a powerful programming language capable to perform and execute any software task at hand.

The growing and enhanced community of Ruby makes it all too interesting and a feasible paradigm for users across all the platforms. Despite being in the low light for the past few years, Ruby is now slowly coming back to the limelight and becoming one of the most preferred languages of many web application developers across the globe. Ruby supports the Selenium framework which enables Selenium-based automation testing. Ruby supports a significant number of test automation frameworks that prove to be most efficient in cross-browser testing.

Get it now from https://www.ruby-lang.org/en/downloads/

Automation testing is one of the booming demands of all organizations across the globe. Many quality assurance engineers face a key challenge in setting up an environment capable of most seamlessly testing the developed software against the documented test cases and requirements. Verifying and validating all the test case scenarios is a tedious task to perform thereby giving rise to the need for automation testing. Automation testing significantly enhances and improves the software testing processes. Here in the article, the provided and discussed software programming languages are the top-rated languages being used by the quality assurance engineers for designing and developing the most efficient and reliable test automation software. Python, Java, C#, JavaScript and Ruby, all are well-acclaimed programming languages to deliver and support test automation for software applications developed in any of the platforms. 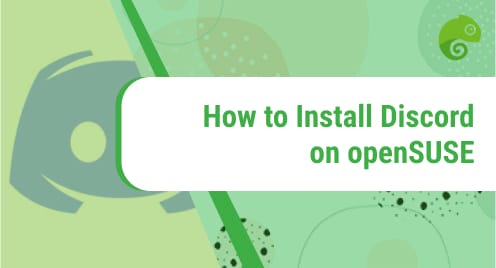 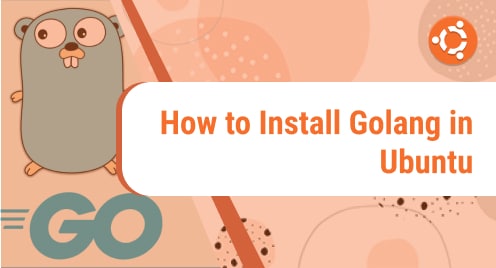 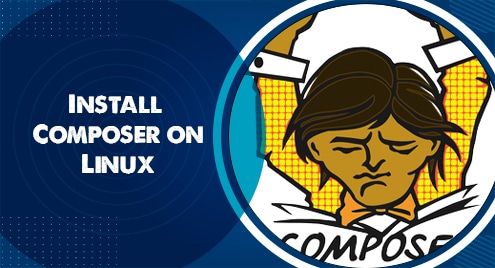